It's A Hard Luck Life For Some

This little set up was the original 'Hard Life and Torture Test' candidate. We needed to know that what we are selling was up to the task of a long hard life, so were are particularly rough on this pair! We have done many other 'destruction' style tests to find out what makes our products and Tramontina's machetes fail, but that's for another page.

The sheath has just passed the two year mark as of April 2015 and although beat up, it is showing no signs of giving up yet. The only new part of this sheath is the leather belt and Handle Retention Strap. The last belt gave up and the strap is there just in case one of it's users decide they need it. In this photo, the Handle Retention Strap is clipped behind the sheath out of the way.

There are battle scars all over this sheath. Each has it's own story.  The big rub marks on the side is where it spends many hours jammed between the seat and speed controls on the tractor. It's a sheet metal edge that would not be forgiving on anything.  The mark in the middle is from standing on it as sometimes it lives on the floor of the Ute while driving around the paddocks. There are chew marks from the dog deciding she wants to play fetch with the sheath. The rub marks on the belt loop are from many hours spent walking around the farm fences. There are scratches every where from being transported in the back of the truck with other tools and fencing wire. It's a tough life for this sheath!

The Tramontina Bolo is more than 4 years old now and has seen a LOT of abuse on the farm. This machete is the first one grabbed every time for rough work especially when chopping weeds into the dirt. It was lost in a wet paddock for a few months and found again under the tractor tyre (luckily for us there was no damage to either). It looks much smaller than a new Bolo as it has seen many, many regrinds to remove chips on the edge from cutting into rocky soil. It has seen a lot of different users, some that take care and others that show no regard for it at all.

That's the original factory handle! We shaped it a little when it was new and gave it a good few coats of Danish Oil. The Butt was painted with Blaze Orange enamel. When we found it again sitting in the wet paddock, the hardwood had swollen up and also rusted under the handle. We let it dry out slowly for a month in the workshop so it would shrink back down and soaked it in Danish Oil again to seal the timber and stabilise the rust. We looked it over carefully and tested it for safety (loose handles are dangerous), another regrind and sharpen and it was put back to work.

That original handle is still going strong! Tramontina really know how to make a proper workhorse!

If this was not a 'Test' subject, the only thing I would have done differently was to keep the steel a little cleaner.

After all is said and done, the torture test will continue for this pair and we will post updates from time to time on it's progress. It's a tough choice for us as after spending so much time working with this pair, they are a farm favourite. One thing we have noticed over the years is when the regular volunteers come back to the farm for work, they all rush in to get 'Their' favourite pair!

How easy it is to keep a machete sharp?

This machete and sheath are still going strong. Machete Bushcraft Australia recently published a video on how we quickly field sharpen a machete. Old Work Hardened was used in this demonstration. If you're new to sharpening and would like an example of how easy it is to keep these machetes performing, click on the YouTube link on the left. MBA demonstrates the two edges you will need to keep these tools performing at there best.

The basic rundown: If you're cutting very soft and green material, use the file to sharpen. It leaves a wickedly sharp wire edge on the machete. If your cutting dry and hard material, file first then polish the edge with a pocket or axe stone to remove as much of the wire edge as needed. This edge will process dry material easily.

SHOP LINK TO RELATED PRODUCTS ON THIS PAGE

Click an image below for links to the shop for some of the related products found on this page. 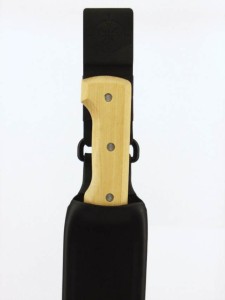 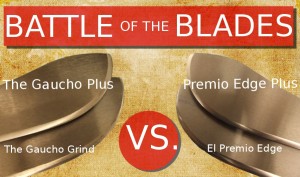 Pick up a Tram Bolo 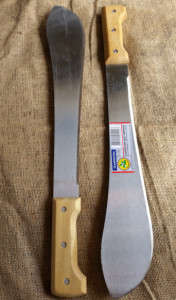 Put a Wrap on It